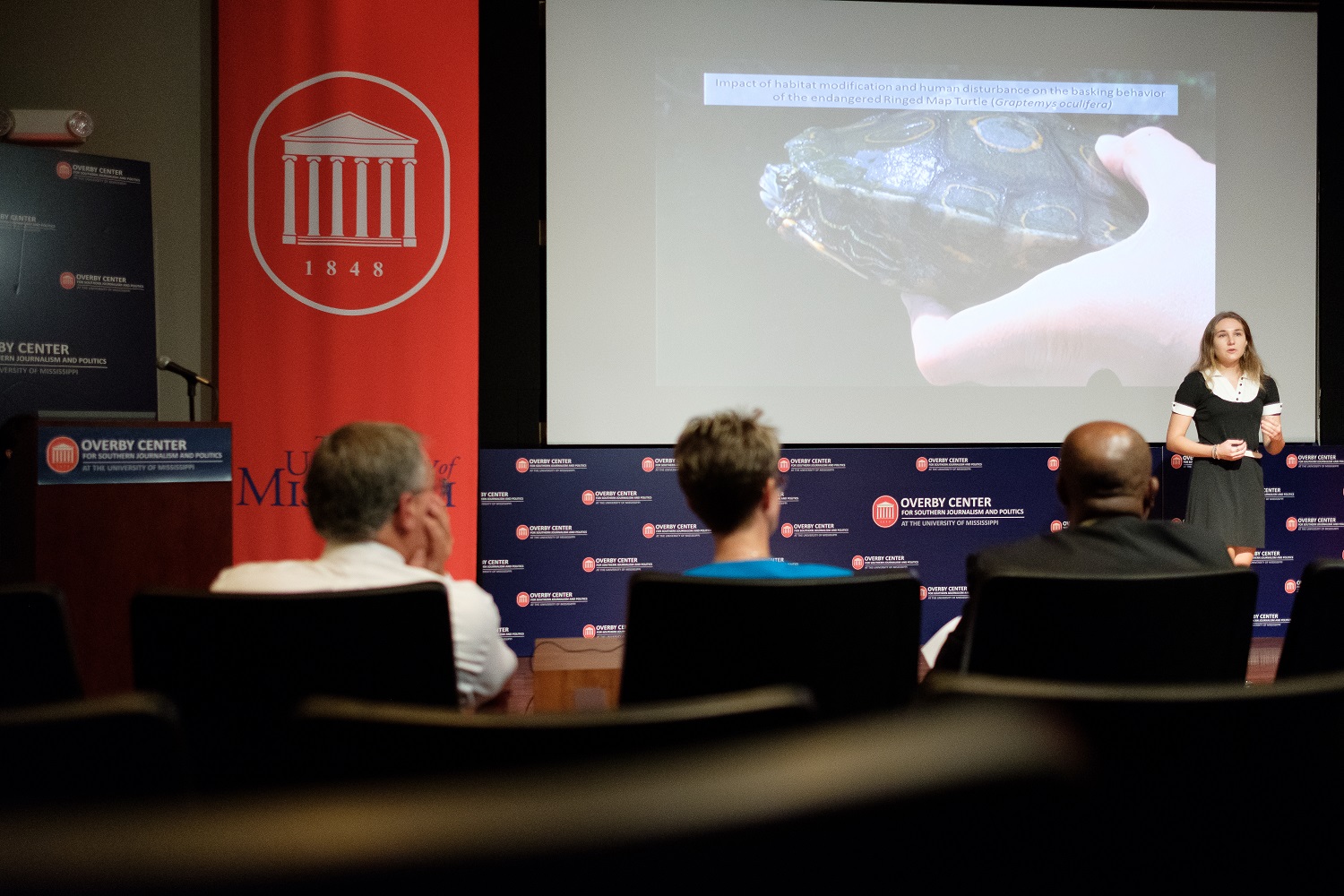 Biology masters student, Jessica Heppard, was the overall winner of The University of Mississippi 3 Minute Thesis Competitionwith her presentation titled “Impact of habitat modification and human disturbance on the basking behavior of the endangered Ringed Map Turtle (Graptemys oculifera)”

. Her research examines how human activities affect the behavior of an endangered turtle, the Ringed Map Turtle, also known as the Ringed Sawback. Jessica hypothosizes that by impeding optimal basking behavior, humans are contributing to the endangerment of the species. By studying populations in the Pearl River outside Jackson, MS, she hopes to aid in the formation of management strategies for the conservation of the species.

Jessica will be representing Ole Miss at the Conference for Southern Graduate Schools in Annapolis, MD in March.