Dr. Zanethia Barnett, who earned her Ph.D. from the Department of Biology is the recipient of the 2022 Hynes Award for New Investigators, one of the Career Awards from The Society for Freshwater Science. 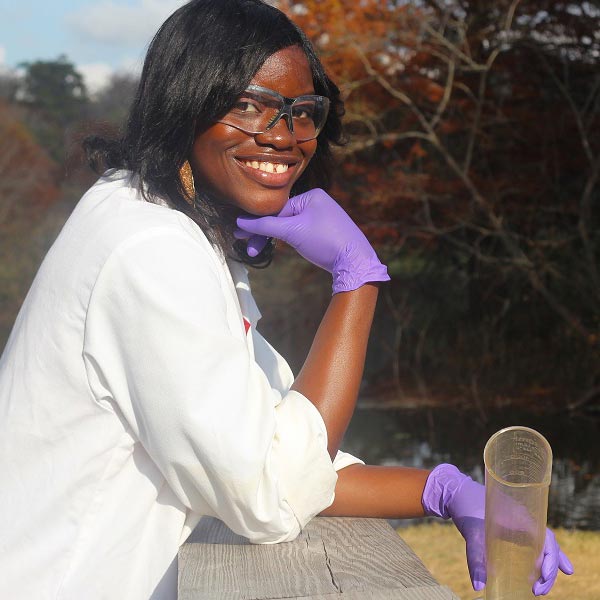 Dr. Zanethia Barnett earned her PhD from the University of Mississippi Department of Biology.

“Our Career Awards recognize outstanding contributions in advancing freshwater science through research, translating this science into policy or social action, and service to SFS,” said Ashley Moerke, president of the Society. “These  scholars and leaders have all exhibited excellence in their varied contributions to our field around the world.”

The Hynes Award for New Investigators is awarded to a freshwater scientist who was senior author of an outstanding primary publication that appeared in print in the last three years. The recipient must have received a terminal post-graduate degree within the last five years and cannot currently be enrolled in a degree program.

Barnett is a Research Fisheries Biologist at the USDA Forest Service Southern Research Station whose publication, “Crayfish populations genetically fragmented in streams impounded for 36-104 years” (Freshwater Biology 2020) was the first paper to assess the effects of relatively large dams on crayfish population genetic structure. Barnett’s research focuses on understanding the structure of aquatic communities and quantifying the effects of human induced disturbances on aquatic systems. She eloquently pairs her research with strong service to both SFS and the US Forest Service, including her dedication and passion to advance equity, inclusion, and diversity in freshwater science.

Currently, Barnett represents the Southern Research Station on both the interagency Upper Mississippi River Aquatic Invasive Species Panel and the Forest Service Dive Control Board. In addition to her involvement in the award-winning Get Black Outside day that exposed youth and their families to freshwater snorkeling and the importance of healthy streams, Barnett is a member of the Society’s justice, equity, diversity and inclusion task force and serves as a co-lead for council of underrepresented voices.