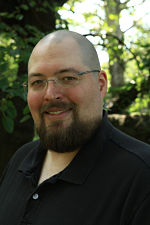 Associate Professor
Department of Biology
The University of Mississippi

My lab is interested in how bacteria adapt, repurpose and integrate signaling pathways to create complex cellular systems, particularly those of prokaryotic development. The model developmental bacterium Caulobacter crescentus has a dimorphic life cycle where after division the two resulting daughter cells have differing life styles. One cell has a thin cellular extension called the stalk; this cell can immediately re-enter the replication cycle. The other cell has a flagellum and is motile (swarmer cell), but cannot replicate. The swarmer cell must differentiate into a stalked cell before it can initiate replication. C. crescentus utilizes multiple regulatory systems (including global, temporally-controlled, and spatially-regulated systems) to create morphological and intracellular signaling asymmetry during cell division, but the extent and function of these systems are not well understood. My lab aims to understand the mechanisms by which these systems function.

Brevundimonas subvibrioides as a model organism
A close relative of C. crescentus, Brevundimonas subvibrioides, has the same developmental life cycle and the same developmental signaling system components. However, our research has shown that even if the signaling components are conserved between the organisms, their operation can show dramatic differences. The protein GcrA functions with a DNA methyltransferase CcrM to epigenetically regulate dozens of genes during the C. crescentus life cycle. We have found that GcrA/CcrM regulon in B. subvibrioides has remarkably little overlap with the C. crescentus regulon, with only a handful of common regulatory targets. In another example, disruption of the essential developmental signaling gene divK in C. crescentus leads to pleiotropic defects in polar development, including motility, adhesion and pilus formation. The B. subvibrioides divK gene encodes a protein 80% identical to the C. crescentus counterpart, but the B. subvibrioides gene is non-essential, and disruption leads to opposite phenotypes in nearly all processes. We are exploring these systems to find how and why systems that are so similar in composition diverge so greatly in consequence.

Caulobacter crescentus pilus biogenesis
C. crescentus produces several polar pili during the swarmer cell which are important for surface colonization. These pili are from the specific flp family of Type IV pili; the function, composition, and synthesis of this family is comparatively less well-known than other Type IV pili. We are using C. crescentus as a model to study this pilus system. The pilA gene, which encodes for the pilin monomer, is a regulatory target of the C. crescentus master regulator CtrA, a global regulator that influences the expression of over 100 genes. Interestingly, the pilA gene is expressed later in the cell cycle than other CtrA-dependent genes, which likely is important for specific timing of pilus biogenesis during the cell cycle. We are currently exploring the mechanism of pilA expression to determine just how differential timing of expression is achieved, and why that might be important for the organism. Additionally, the pili are localized the same pole as the flagellum, but the mechanism of polar localization is not understood even though it appears to be a common feature of flp pili. We are researching potential polar localization mechanisms for the pilus structure.

Bacterial responses to microgravity
Physiological changes during spaceflight are well documented for animals and plants, but many people assume bacteria, with their incredibly small size, do not respond to microgravity.  In fact, many bacteria have been shown to have altered characteristics when cultured under microgravity conditions.  Unfortunately, many bacterial microgravity studies are limited in scope.  We were among the pioneers of the TnSeq method, where a target organism is extensively mutagenized with a transposon, and then insertion sites are mapped by high-throughput sequencing. By identifying which genes can tolerate transposon insertions and which genes cannot, we can identify which genes are essential under a given condition.  This method provides a high-throughput, systems-level physiological characterization of the entire genome, and can provide novel insight into gene function.  We have applied this methodology to studies of microgravity by culturing TnSeq libraries of a few organisms aboard the International Space Station.  We hope our work will provide broader, systems-level insight into bacterial responses to microgravity.  We are also working on microgravity responses in plant-friendly bacteria in the hopes of improving plant health when grown aboard spacecraft.”